Hide Search
You are here: Home / Information / Three Types of Moves: Which is Yours? 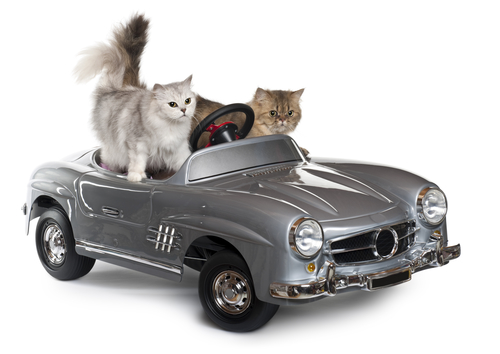 The first time the woman moved with cats, it was across town from an apartment to a house. That was easy. Cats were locked up in a bathroom while everything was moved out of the house.

If there’s something to remember about moving: when moving items out of the house lock us, the cats in a safe room. In most cases, the woman has used a bathroom. Sometimes she used the bathroom in the old place and then moved us LAST to the new place on a short move. When she married the male, one time she did move us first and stayed with us in our safe room and unpacked some pre-moved boxes and let him deal with the hauling of things at the old place. That was quite smart, I thought.

The across town checklist includes:

The next sized move is the move that takes a few hours to arrive there. I did this move when the Woman moved up to Sammamish from Vancouver, WA to be with the Male (a sorrier move I have never seen). The drive time was about 3.5 hours.

The last move was from Seattle to Charlotte so you know that was long. It meant days

This move required all of the above PLUS:

We will go into more detail about the things we packed for this move and how we ended up moving in the next posts.