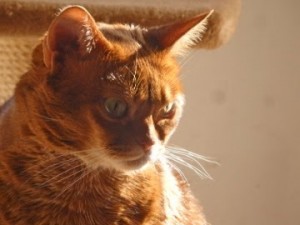 Well it was a long night. Ayla, Iza and Marley ran around Europe looking for me but they didn’t go far enough north. But boy did they do the grand tour! Finally, the Chans came by and said, “Are you at Akershus Castle in Oslo, Norway? Purrs, The Chans” and they were right.

Moments later, Cody and Gracie also guessed Akershus Castle. I guess it was my worry that I might be forced to eat lutefisk that did it.

Flynn’s humans were kind enough to let me use this photo. I am certain the because it was touched up it was little harder to recognize things. Fortunately I have smart friends. And friends who are willing to run everywhere to find me–cause even if they don’t find me, others know where they don’t need to look. And don’t be like the Meezers, who said, “Thats the last time we pick up moms pants off the bathroom floor thinking they were her smarty pants.”