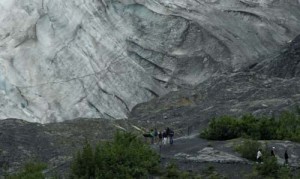 Change is important in the paradigm of Asian Medicine. Change means movement. Like my first theory professor, who said that if learning theory was building a house, we’d be building a door, a window, a room here or there and walls and things would go together in no logical order. And I think that’s the only way to learn theory. It’s not linear. It’s observational.  However, if there is a foundation principle it’s change.

The Eastern paradigm was one of being an observer of nature and realizing that everything that happened in nature happened to the human body. After all, a human is part of nature so it seems logical. Because they went by what they could relate to with their own senses, they looked at the patterns and at the macroscopic version of what was happening. They experienced the medicine in their own bodies and in the world around them.

In the West, our paradigm is to look at things microscopically. We test things objectively. We look at pictures of our insides, we draw blood and look at that through microscopes, and we take an objective reading of temperatures. Each little piece of our body can be broken down into smaller pieces. The general practitioner refers to a specialist. The body is broken down into organs which are broken down into cells.

One is not better than the other, but it is a different way of looking at the world. All of this is a long way around of saying,  the ancients observed seasons changing. They observed that trees changed, flowers changed and when they themselves were not around long enough to see it, they listened to the elders of villages and knew that even the course of rivers changed and so did the land. Everything changed.

I moved to Washington state shortly after Mt. Saint Helens erupted in 1980. I have only known the mountain with the large crater at the top. I have visited as the centers went up, looking at devastated areas. I could see where burnt trees stood next to trees that were missed by the eruption. I could see empty areas that had been completely destroyed. As time went on I started to see new growth. Trees were replanted in some areas. Some areas were left to regenerate on their own. Now there are beautiful areas to hike. The landscape is not what it once was, but it has come back and is teaming with life.

It’s a wonderful metaphor of how something awful can happen but is turned into something wonderful.

Day by day shelter works see the devastation of animal overpopulation and abuse. It doesn’t seem like it can change. Consider how you feel seeing the posts on Facebook or other blogs when animals are in need. Feel the tightening of your chest, your shoulders or perhaps that sick feeling in the pit of your stomach. All of these are ways in which we protect ourselves, guarding ourselves, and trying to stop our feelings.

But we can’t stop our feelings. We can only go with them so that they move with us.

As animal lovers the idea that there are millions of dogs and cats that are still killed every year in the United States is impossible to imagine. Our efforts seem like a drop in the bucket. Perhaps we continue because to stop and give up seems unthinkable but we are constantly overwhelmed because how can one person make a difference in such huge numbers? What can one person do against millions? It’s like standing against a tidal wave.

But things change. They might change slowly. At some point they may begin to change more quickly. It may feel like moving sand with a sieve, but it does change. Twenty years ago the number of animals killed in shelters was much much larger. Yes, it is still to big, but things are changing. Things always do.

If we allow things those horrible feeling to move through our bodies, we allow that things are changing in the world. We might not see those changes.  They might not seem enough but they have changed. Each time we allow change, we make room for even more change.

When it comes to compassion fatigue, allowing the movement of our own emotions, the grief and the anger and anything else that comes up can help keep us healthy. Our energy needs to move. Remember when you were thinking about those sensations in the chest and shoulders or the stomach? All of those were things we do to try and stop a change happening in our body. We can’t actually stop change (or else we’d have found the secret to holding onto youth)but we can try. The more we try and stop something the more pain we cause ourselves.

Energy needs to move. It needs to bring change. Allowing this can ease the mental burden we bear. Yes, change happens, even if it’s very slow. The earth moves at a speed we can’t even feel but it does move. The ancient Chinese thought that the short term meant thinking in terms of hundreds of years rather than thousands. Consider how much faster we are making changes in the animal kingdom. Each year there are fewer animals killed and more homes found.

When you are in pain, let that pain be there. Grieve. When that has run it’s course, when the anger has run it’s course, go back to focusing on what has changed. What has been helped.  Know that it’s a beginning. Things will keep changing, just as the wheel keeps turning.