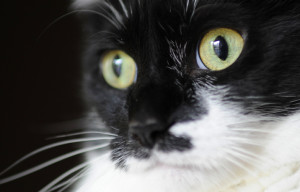 Well, quickly, as always, Katie put on her smarty pants (which were green today!) and guessed, “Saint Fin Barre’s Cathedral in Cork, Ireland ???” And I was! And you will notice that it was Katie not Waffles, even if I did have to go back a couple of pages for a good photo of ONLY Katie. BOYS.

Sparkle thought I was at a very cool place called Colleen Moore’s Enchanted Fairy Castle. I’m not, but it made the Woman want to visit that!

Flynn, of course, invited me to go there. Isn’ t that the way with all the cool places? I mean, my human never goes anywhere (although I heard something about a trip in September to Newport, OR and then on to Ashland, but you never know).

I’m laughing because part of the issue is that the Woman wants to stay at the Sylvia Beach Hotel (preferably in the Agatha Christie room) but the Male likes a King Sized bed and the Woman feels so weird reserving the Melville room, simply because they are the only one with a King bed… She also giggles a lot about that too. The Male likes the Grand Victorian because there’s a telescope in the upper room along with a jacuzzi tub… They’ll probably end up there.  In Ashland, it is King Lear and A Street Car Named Desire (in case you know, the woman wasn’t schizo enough).