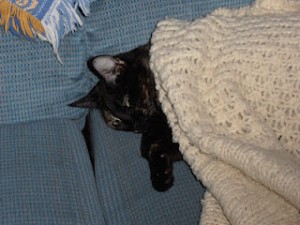 Well I was found more easily than I thought I would be by Cody and Gracie. They said, “We think we found you – are you at the Geyserville, CA – Isis Oasis Temple and Retreat? Cody and Gracie.”  I was quite impressed.  They and Prancer Pie looked around Google Image Search for close to half an hour (or more) to find me. How special is that?!

I love that people are willing to work for me.  Because of that, I’ll have to start making things harder.  Next week, I’ll be in a tree and I expect exact GPS coordinates.  Er. Maybe not.

The humans found the Isis Oasis Temple and Retreat online as far as a place to stop.  It was actually a cool little place. You needed to call to get a tour but they just drove in.  A musician was there on retreat and he walked the people around to see everything in the little retreat area. It was a pretty nifty place.  Certainly a cool place to hang out if you were trying to get away from it all and create. The Woman thought it was one of the funnest things they got to do because it was so unexpected.