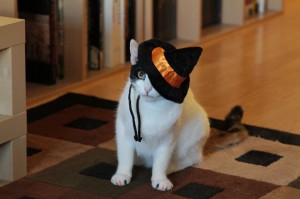 Well I tried to fool you all a little bit, but you weren’t going to be fooled!  Pixel and Samba came right over and found me.  They said first, “you are on the freedom trail. Are you at mother gooses grave ? Granary burial ground?” but then they said, “SO I am half right you are at paul reveres grave. Not mother gooses but it is the same place. Same graveyard. On the freedom trail.” And they were right on the second one.

Eric and Flynn said, “Our Humans saw Paul Revere’s grave in the Granary Burial Ground when they were in Boston. No need for google today”

Simba said, “Paul Revere’s tombstone, in Boston? We see we have been beaten to it!”

Dante and friends said, “You are at the Granary Burying Ground in downtown Boston. For once this was fairly easy.”