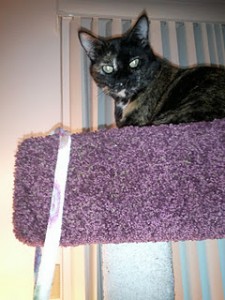 Well it took a little bit and a hint, and Cody and Gracie came by and said, “We can’t figure out the name of the statue, but we think you are on the corner of Northeast Sandy Blvd and I-30 in Portland, Or. You are near the Jim Dandy Drive-in Restaurant (we think). Cody and Gracie”

Pretty close you two.  Eric and Flynn also came by and said, “We are stumped! We have googled areas just East of Portland but haven’t been able to come up with anything. We will try and persuade mum to keep trying. Maybe you could ask the man in the middle of the road for directions.”

Then they said, “Found it!!! (we think)As Joe Rossi and friends dedicated the long-anticipated Portland Immigrant Statue at the traffic island at the intersection of Northeast 99th Avenue, Sandy Boulevard and Killingsworth Street on October 1, the message was that it symbolized not the Rossi clan (some have speculated it is a statue of Rossi’s great-grandfather, which Rossi has consistently denied), but our common heritage.” And they were very right on that one.

Finally, based on a comment I made that the statue was a little bit east of Cory Cat, they said, “We saw that when people living in Portland say East etc, they mean the actual east of the city not towards the east and googling East Portland made all the difference from looking at places east of Portland. Does that make sense? We know what we mean.”

I guess that’s what happens when pretty much EVERYTHING is east…In fact the FAR EAST is really just a little bit west of us.  As for Cory’s comment about Idaho–I’m not sure where that is.  It’s somewhere east of  Eastern Washington…