Hide Search
You are here: Home / The Latest With Chey / Cheysuli Attacked by Shopping Bag Monster 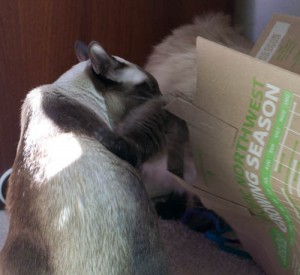 Sources close to the candidate are concerned that with rumors that Cheysuli has been begged to run for the presidency in 2012 that this could be the first of a series of attempts on her life.

Cheysuli is said to be spending the time in seclusion. It’s unlikely that she will be out and about for her usual weekend traveling this week.  She is expected to continue her participation in the LiveStrong event on Sunday, where is a featured presenter.