Hide Search
You are here: Home / The Latest With Chey / ReThinking Cheysuli 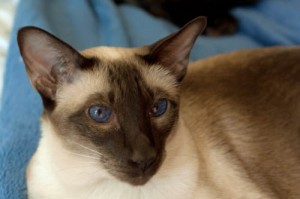 It’s been a tough year. Just when I thought I had cracked the media and was invited on Countdown, the show abruptly went off the air.   Then I was supposed to be interviewed on Ed Schultz but he was suspended and I was cancelled.  Finally, I got on Fox News but then the whole Rupert Murdoch scandal happened they didn’t trust me not to talk about it so I was un-invited.  At the last minute even Bill Maher decided Ann Coulter was a bigger name to guest on his show than I was.

So there I was, a talk with no where to talk.    Even American Idol’s ratings were down without Simon. Where was I going to go for recognition.  Ichiro suggested that last resort of many, crime.  However, as well connected cat like me knows you never ever get caught doing whatever it is you do.  In fact, all the more reason I should be recognized for my philanthropy.

To that end, I have decided to purchase my own television network so that I can create my own news and promote myself.  Who would like to fund this for me?