Hide Search
You are here: Home / The Latest With Chey / Next World Bank President: Cheysuli? 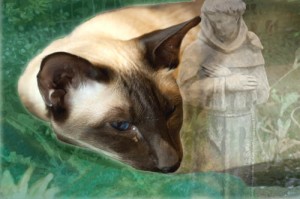 While Hillary Clinton has denied rumors that she will be the next World Bank President, no such denials are forthcoming from Cheysuli.

The former presidential candidate and pundit has said nothing about the rumors that her recent world travels have been a run up to her appointment as President of the World Bank.

“She keeps getting lost though.  I’m not sure how that looks or why they’d want a president who can’t ever find their way back home,” said an unnamed source.

Others were thrilled with the inclusion of a cat in the running.  Opening up the boundaries of species has always been important.  With a cat in charge of something perhaps all those other disenfrancised people will get an opportunity.  Cats, after all, are equal opportunity bosses.

“She’s just so mean,” said a source who wished to remain annonymous and gave his name as Ichiro.   “I can’t see her in charge.”