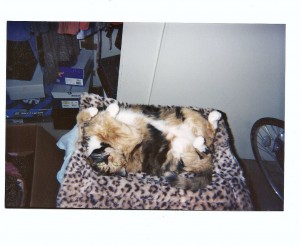 I love introducing new cats. Willow is talking about having read some cat blogs.  She managed to guess where I was.   We had a few hints but no one was quite right. Derby and Ducky narrowed down the country, saying, “We go with Iran, but can’t be more specific. In the imfamous words of Mr McCain ” bomb, bomb, bomb, bomb, bomb Iran””.  And indeed they were right (I was singing on my FB page…)

Willow then got exactly to me, saying, “The castle is Arg of Karim Khan in Iran from wikipedia At times, the citadel was used as a prison. Today, it is a museum operated by Iran’s Cultural Heritage Organization.”

And yes indeed I was visiting Momo again!   Momo came by and gave a hint that started with Deja Vu, but that wasn’t as helpful as it might have been.  Momo later said, “Yay for Willow. My hint has sidetracked Dora. Apologies. Actually, that was no hint at all unless you knew my SS worked in Iran for many years. Then again, she has worked in many other places in the Middle East and SE Asia.”

I had to do something besides the Southeast as you were all expecting me to be there! HA!

I hope every cat is having a very happy Easter Sunday. It is a favorite holiday of mine as HAM is typically involved….