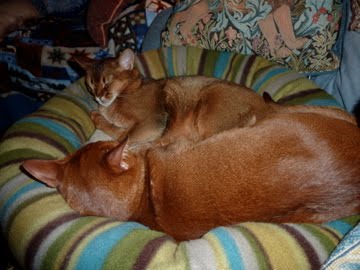 This one took a bit of doing.   Simba guessed I was in Asia.   The Chans and friends knew I was not in Japan and suggested that based on the architecture I was in Western China or in one of the stans.  Momo came by and agreed with them. Yes, this was another place Momo suggested I visit.

The Chans, with a couple of hints found me, saying, “We think (hope!) we got it!!! Is it the mausoleum of the Hami Uygur kings in Xinjiang Province?” and that is where I was!

It is the Royal Mausoleum and there is some royalty there. I was wondering if I were related to any of them.

This one stumped ‘Kaika but he did go around and find out a little more, “Concats, Chans! Glad you were found, Chey! (I didn’t focus on the older buildings where you actually were, duhr … I was looking at the Uygur Mosque in the background. Here’s a link to pictures:http://xjubier.free.fr/en/site_pages/china/Xinjiang_Hami_pg01.html )”

To answer Cory’s question, no I did not see any dead people.  It was quite too lovely out for them to go wandering.  The flowers were nice, the sun was shining and there was no Ichiro!  Good job to all the cats who kept after it and found me!  And thanks to Momo and his friends for some great places to visit. I have some more coming up… but I might have to mix things up having said that…