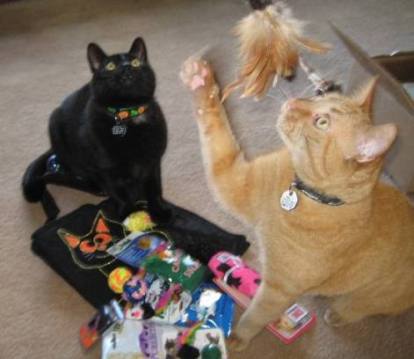 I guess it is appropriate that the Island Cats would find me on an island…  They found me at Icy Strait Point, “Okay…thanks to the FB clue and Google, we think we got this one! You are at the Icy Strait Point Cruise Port in Alaska. Are we right???   But seriously, Chey, if you’re gonna lay by some water, at least pick someplace warm and sunny, okay??”

Pixel and Samba tried every other port in Alaska but this is kind a different one.   This is very small.  The town of Hoonah, Alaska is around the bend in the island there.  There are about 850 residents of Hoonah.   I am at Icy Strait Point which used to be a cannery.   Now the buildings that were a cannery are now shops and a museum.   There is a lot of wildlife to see on the island.   It also boasts the world’s longest zip line (and it’s probably colder than heck).

Like many places in Southern Alaska, it rains alot in Icy Strait Point.  Several other cats knew I was in Alaska, but the Island Cats were the only ones who got the full place!

Fortunately for me the Meezers were wrong, “you’re at Crystal Lake and there’s some guy named Jason there. Look out for him. He wears a hockey mask and carries a knife and he’s a little angry.”