Hide Search
You are here: Home / The Latest With Chey / Whining on Wednesday 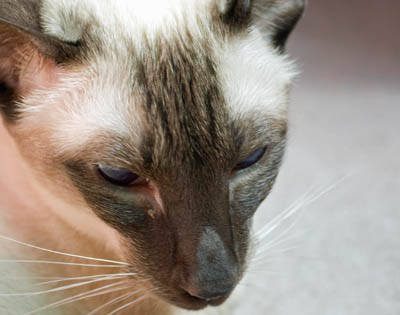 Sigh.. I am still all alone… The Woman has been working. Further, the last time I tried to wake her when the alarm didn’t go off, no one said thank you Cheysuli. Yesterday the alarm didn’t go off and Gemini walked on her and she looked at her watch and found that she was almost 20 minutes late getting up and she needed to get to work.

All morning it was, “Thank you Gemini,” “Thank you little Puff,” and so on until I was nauseaus!  I mean really!!!   Like this was completely good.

Someone knocked over a plant downstairs and I was accused. Now was that fair?  Not at all. And it wasn’t even the fault of the plant that the power was out in half the house but not the other half.   I guess there was something wrong with the power supply and so after paying an electrician a huge amount of money to come out the same day and diagnose that there was nothing to be done they had to call the power company who WAS at fault because their line wasn’t working properly.

I hope this doesn’t cut into my ham fund.  But the way things are going I bet it does.

And I probably won’t even get to visit all my friends again… sigh.