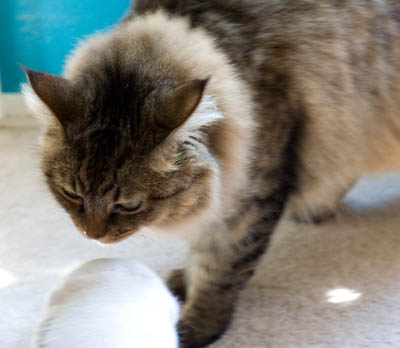 I am ever so thankful that this is Momma’s foot that I am smelling and that it does not stink too badly.  It could be my daddy’s foot and that foot stinks.

Cheysuli is still being a fugitive.  She says that she did what Ayla, LC and Iza suggested and followed the seeds back to Big Catnip.   The one armed man that works there set her up!

Also I think that we can still have catnip, but we should make sure it is locally grown rather than buying from Big Catnip. The only good thing about Big Catnip is that they may be big enough to take on Monsanto.