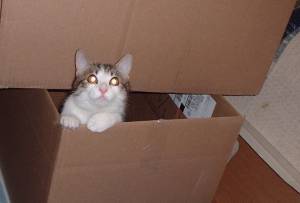 Well we sort of have to say Kaika was right and wrong but we missed that in our comments earlier so didn’t ask for clarification (and knowing Kaika we would  have gotten it!).

OK, after some checking, I think you are at the Virgil I. Gus Grissom Memorial Museum in Mitchell, Indiana.

If Kaika had stopped after the Memorial it would have been totally right.  However that’s not where we were.  Gandalf and Grayson were then actually wrong saying,

Yup. That’s right, alright! It is in Spring Mill State Park in Mitchell, IN. Mom use to be glued to the TV on all things NASA back in the 60’s, and 70’s and 80’s, because our Grampy use to design stuff for the Apollo missions. She still watches in utter amazement.

We are not in Spring Mill Park at the Museum.  We are actually about a mile or so away in Mitchell Indiana where they have a memorial near City Hall.   Gus Grissom was one of the first astronauts.  He was the only astronaut to have participated in the Mercury, Gemini and Apollo program.   He had so much input into the Gemini design capsule (as opposed to our cat, although had he had input perhaps she would have been better, but that is just MY opinion), that they nicknamed it the Gus Mobile.   He was on Apollo One, which burned on the launch pad along with Roger Chafee and Edward White.   NASA has their memorial page here. Grissom, as you may have guessed was from Mitchell Indiana.

The Woman loves visiting sites like this.   Her father was an electrical engineer.   When she was a child he worked at Boeing in Huntsville, Alabama on the Saturn V.   As time went on he worked on virtually every unmanned space craft that through the Casini project in the late 1990s.  He designed the cables for the craft.   Before he worked in aerospace, he was a navy pilot.   Going to flight museums (he spent a short time in Seattle working on the original 747 designs in the late 1960s) or to space museums, he could always add information  to what was there.  He died in 1998.  Oh and Gandalf and Grayson–I love that you made her feel so old!

Derby was quite brilliant with his observation,

I didn’t have a clue, but when mum biggified the picture she says the top part must be a rocket as the bottom part looks like the bottom of a Saturn 5 rocket. Whatever.

We are quite impressed that his human knew that much about rockets!

Yes, the Woman was a little too close to get the full memorial.  But she liked the way they wrote about Grissom’s life on the walls at the base of the Memorial Museum.  After she and the Male walked around here they headed to Spring Mill Park and visited the Museum there (looks like a building).  They had a lot of memorabilia inside.   Then they drove over to the caves and she slipped on the steps going down and broke her bum.  Some guy at the park kept offering her a bandage even when she said she thought she had broken her tailbone (was actually more likely her sacrum) which she thought was a little weird.  The other girl offered to “call someone”.   We considered just you know calling some random friend to chat on their dime but figured that wouldn’t have been much use.  Fortunately the Woman was still thinking clearly and could help herself as these people were not that helpful…

At any rate, perhaps some day the Woman will take photos of some of the memorabilia she has left from her father and the space program.  She has stickers and mugs and t-shirts and a bunch of certificates that he got after each project.  She doesn’t have them all.  She gave a bunch to her cousin Ryan.  Ryan too was obsessed with space and going into space.   He really admired what his great Uncle John did.   However, Ryan was killed in a car wreck.  He was 18.