Hide Search
You are here: Home / The Latest With Chey / Cheysuli’s Path to Success Shouldn’t be a Road Map For Palin 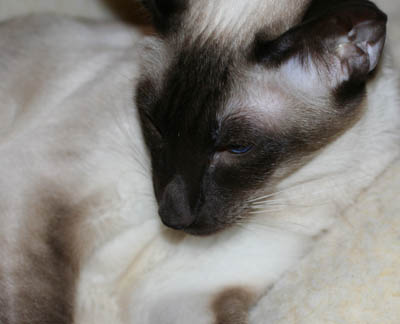 Rumors may abound about why Sarah Palin resigned from her post as Governor of Alaska.  One rumor that just won’t quit is that she looked at the success for former presidential candidate Cheysuli and wanted to go that route.

“It’s well known to just about everyone that Cheysuli has the best of all possible worlds.  She continues to be a political insider and is able to write about things behind the scenes. No one expects her to mince words.  She sets her own hours and the press is far less intrusive.  Who wouldn’t want that, particularly considering she is still able to influence policy decisions,” said an unnamed source.

“Cheysuli essentially quit her campaign a day before the election telling her supports to vote for Obama,” said one Palin supporter, “So she did nothing different from Palin.  If Sarah is a quitter, then so is that cat.”

“You’ve obviously never met Cheysuli,” said one harried friend.  “Chey never quits anything.  She was loosing badly, not having any funds and finally had to just throw her weight behind Obama.  Believe me, this is not her first choice.  She wanted the White House and the staff it entailed.  The White House Staff is LUCKY she isn’t there making her demands…”