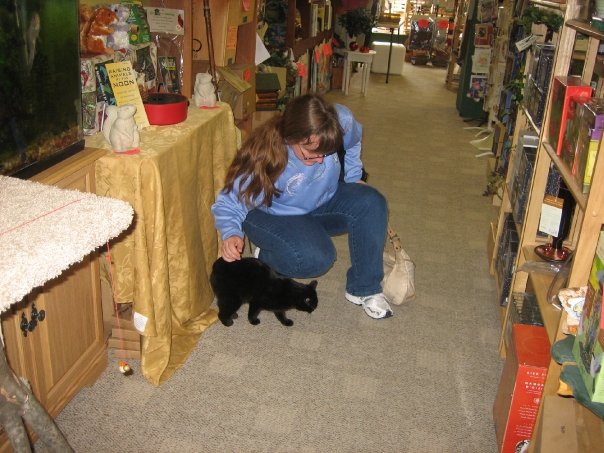 Well this week many cats knew where I was. I think is a great tribute to NTM, Chloe, Daphne, Spooker, Jazper, Little Isis and Little Pete. I was at the Wren’s Nest in Dowagiac Michigan. Kaika was the first visitor to guess where I am. He said,

Aha!! I think you are in Michigan at Mo’s shop, The Wren’s Nest … right?

Any number of other cats got the answer right when they enlarged the photo and saw that there was the word Nest on the window behind me. I think it’s that you all like NTM and the gang over there. The Meezer’s were angry that their human didn’t get up early enough to give them the first guess. Eric and Flynn, Gandalf and Grayson, Parker, the Island Cats, the Hotties, Laila and Minchie, Skeezix, Derby, Mickey, the Taylor Cats, China Cat and Angus Mhor all knew where I was.

Victor Tabbycat summed it up:

I was quite impressed that so many people thought I was in an artist’s studio. I think that should make Not the Mama proud! The Woman was thrilled to find Badger Balm there. She has read about it and seen it but has only ever been able to order it and she wanted to try it without having to have it shipped. She quite liked the cold stuff which helped her allergies along very well when she was miserable in Southern Ohio. 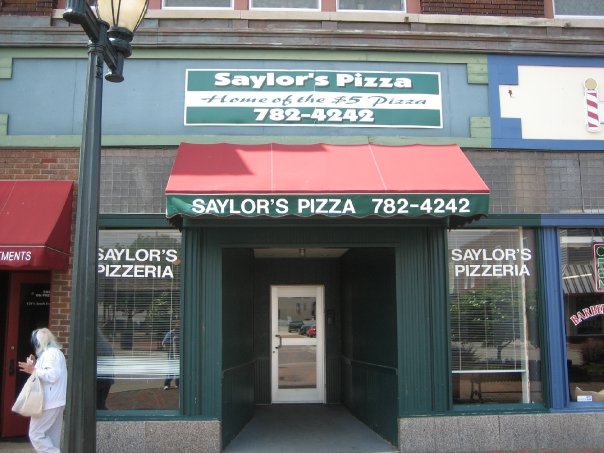 At any rate, as much as I enjoyed visiting Little Isis, as I believe Jazper was even “grumpier than I was this morning,” (NTM) so I did not meet him, I will not go back. Just down the street was Saylor’s Pizza, Home of the Five Dollar Pizza. While I personally love pepperoni and it one of the few things that I still jump on the counter to eat, Saylor is the last name of the Male. And I do not have anything to do with him if I can help it. I was greatly disappointed to find his NAME in the town I was visiting. {{shudders}} Sigh.

At any rate, Midwest cats, I have been keeping an eye on where my humans were visiting so seeing they just got back, you all may find yourselves recognizdsgicq (oops fell on the keyboard), recognizing things. Although the Male wanted to send me through the sink hole from a couple of weeks ago, I have refused…