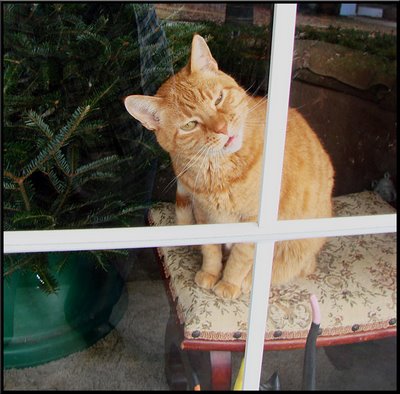 Well it wasn’t a hard one this week. The St. Louis Meezer’s sent me here.

China Cat found me in Uruguay almost immediately. They were followed with a more specific answer by a non linked blogger named Kaika and Eric and Flynn!

Darn! We knew it and just got beaten to it by ‘Kaika. It is Punta del Este in Uruguay. Just keep away from those fingers. We’d hate to see the size of the rest of the giant who is hiding from you.

Simba (who did not leave a link so I can’t link back) gave a full story:

Monumento al Ahogado (English: Monument to the Drowned) is a sculpture of five fingers partially submerged in sand, located on Parada 4 at Brava Beach in Punta del Este, a popular resort town in Uruguay. It is colloquially referred to as either Monumento los Dedos (Monument of the Fingers) or La Mano (The Hand). In English, its popular name is The Hand.
It is a famous sculpture that has become a symbol for Punta del Este since its completion in February 1982, and in turn has become one of Uruguay’s most recognizable landmarks.

Their (people) cousins lived in Montevideo, Uruguay, and they took us on a day trip to Punta Del Este, which is a resort town. The pictures are of the hand sculpture, called “La Mano”

Lots of cats thought it was a giant litter box. I don’t know about you, but I don’t typically have giant hands coming out of my litter box! Thank heavens. Derby thought that these would give some great scritches. Laila and Minchie thought it was the Hulk and so did Max:

Hmmm..in spite of the official answer, I’m pretty sure that you’re in a giant sandpit that swallowed up the Incredible Hulk. Please don’t poop there. I’m pretty sure he’s a nice Hulk…

And yes, all the hands are scary, and no Daisy I did not have a run at the Planet of the Apes (imagine Apes taking over the world when we all know cats will!)