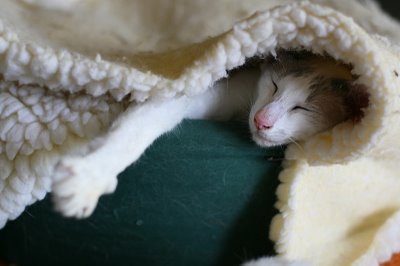 Early on, Skeezix came by and guessed:

And just in case, he came back and said:

Oops, was I spesifik enuf? The Château de Cheverny is Cheverny in the Loire Valley in France

And yes, it does look perfect for me. Perhaps a bit small but you know I quite liked this one. Much better than Chamborg which tended to be drafty.

Maggy and Zoey also knew we were in the Loire Valley as well so I give them thumbs up.

Jeter Harris got the right answer… but of course he cheated just a little bit! Still he is a very smart cat to know how to cheat! He’s just got to stop admitting that he does it!

A chateau in France would be purrfect for you!

I believe he is correct. I am the chateau type aren’t I? I would like to thank him for recognizing that. And when I purchase it, we shall have a wonderful wild party. Imagine all the THofE we could play THERE!

At any rate, I apologize for the poor photo quality this past week. Those photos are from 1984 when the Woman spent January in the Loire Valley in college. They spoke only French as they toured, so she reminds us, she was very quiet. However, she didn’t remember what to say when they passed through England and a lovely young woman said, “Hello.” After all, this was such a strange word and the Woman was so unused to hearing it. She said she probably looked like an idiot standing there trying to smile but unable to think of a single response that wasn’t in French! Still she loved the visit and they learned about the history of Louis IV (That is Louis Cat-oars–which really bothers me–I mean did he like make cats do all the rowing?) and Diane de Poitiers. They also visited Poitiers (obviously) and La Rochelle and Nante and of course, Paris. The Woman felt that Notre Dame de Paris would have been too obvious and the Louvre photos are so old they wouldn’t really have been recognizable as the new pyramid was in the midst of being built.