Hide Search
You are here: Home / The Latest With Chey / Thanks But No Thanks Thursday 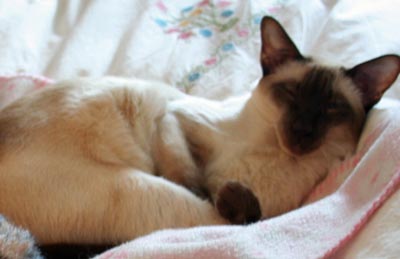 Can I call you Sarah?

At any rate, I’d like to thank you for all the reasons those on the Democratic Underground thank you. You have galvanized the Women to vote for Obama, pushing him ahead in the polls. Further, you have trivialized John McCain as a candidate, further pushing Obama ahead in the polls. And let’s face it, if I’m not going to be President, Obama ought to be. I think that’s something worth thanking you for.

However, it is possible to go to far. I mean, come on? All 12 of the people on the board that found you guilty of using your position for personal reasons were Democrats? There aren’t 12 Democrats in the state of Alaska. The numbers we’re seeing were 8 to 4, although I have heard as many as 11 to 1–with the higher number being Republican. Even your own party thinks you’re unethical.

Beyond that, I’m a cat. We know that my chances of becoming president are slim given that I don’t really speak English nor do I have the education, the age or even the Constitutional Right to be President.  Still, I ran for the office to point out the foibles of candidates running for president and, the increasingly pointless coverage of the candidates by the press.

You, however,  are making my job very difficult. Scandals are the meat and potatoes of my world. Yet you keep pushing the bar ever higher. I mean, really to be funny I should have more scandals and say sillier things than you do. However, I’m having trouble making this stuff up!

I’m not the only one suffering. How much harder are you making Stephen Colbert work? Or John Daily? Or even SNL? It’s tough to come up with a skit when what you are doing is more ridiculous than than any spoof.

So really “Can I call you Sarah”, back off. It’s mid October. I have three more weeks to lampoon the elections and I’m a cat. I need my rest okay.