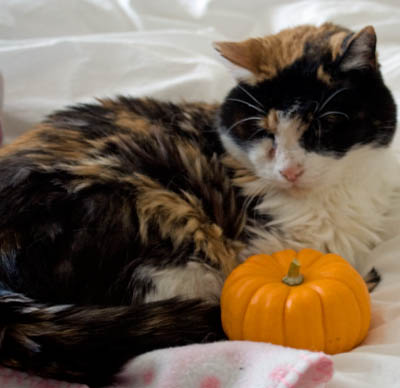 I find myself thankful that that annoying mini pumpkin was an equal opportunity annoyance. Sigh.

So was the spider (at least we could have played with it in photos… sigh. That’s what it was for!)

And, as the most well dressed cat around, i am thankful my fur is my own and at least there won’t be a scandal on the cost of my clothing… sigh.

I’m also thankful that there’s only a few more weeks to try and make fun of the campaigns because really, some of them are doing such a great job themselves who needs me?

Finally, I’m thankful that we are interviewed on Pet Doc!