Hide Search
You are here: Home / The Latest With Chey / Miffed Meezer Monday 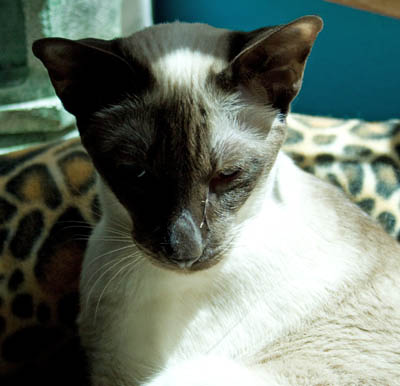 Candidate Cheysuli is miffed at recent reports that pet owners prefer John McCain. What was not readily divulged in the poll response was the fact that pet owners were defined as dog owners.

“While I am disheartened that dog owners are not flocking to my campaign, I am more upset that cat owners slaves were not represented,” stated the candidate.

“4 out of 5 cat owners prefer Cheysuli,” stated one pollster.

It is common knowledge that the fifth cat owner has their own cat running for office.

“Cats are bit divided with the numbers of running cats. I think felines in general are fed up with the way humans are running things and know they can do a better job. Cats, being more solitary creatures seem to have the uphill battle of banding together,” stated one pundit on an unread blog.