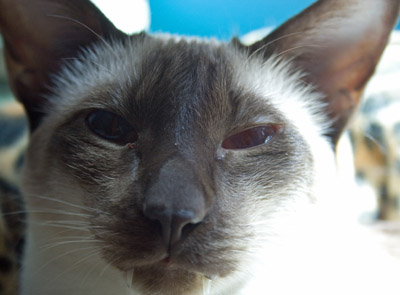 Concerns that Candidate Cheysuli may not be in good enough health to be president have surfaced this week. The Candidate goes in later this week for a much publicized dental cleaning that may result in the loss of most of her teeth. Certainly her signature fangs are likely to be missing after this.

Critics have suggested that this is just another reason that Cheysuli will be soft on security of the US. If she has no teeth, how can she take a bite out of terrorists.

“I doubt that the president, personally, has to bite the terrorists,” stated one unnamed Pooses for Peace Member. “After all, human teeth aren’t really suited for biting and yet they have been running things. It may be that Cheysuli could authorize a select group of cats for doing her biting for her. I can’t imagine who they would be.”

Cheysuli’s ties to Sammy the Whapinator are well known. Our reporter attempted to get his view on this controversy but was whapped before getting a quote.