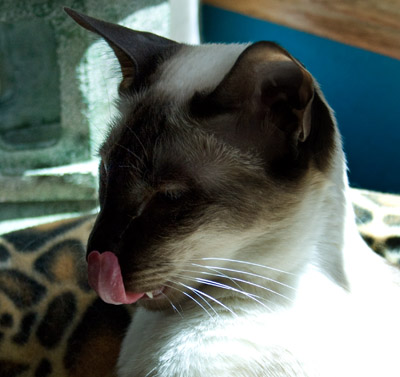 My Meezer Rule: It’s not just being endorsed, it’s WHO endorses you.

Visiting London a couple of weeks ago, US Presidential Candidate Cheysuli met with renowned cat, Crookshanks, who’s heroics are almost chronicled in the Harry Potter books (although the main characters were the children in a one of the most blatant specist historical re-writes even in fiction).

Crookshanks, who is known to be able to smell out falsehoods and see the real character of the person he is dealing with took an immediate liking to Cheysuli and endorsed her on the spot.

This was quite a different reception from when he traveled across the Pond and met with John McCain. Crookshanks had to be forcibly removed from the country after that unfortunate meeting. No one will comment on what really happened in the meeting but McCain was in surgery for hours.

Crookshanks has yet to meet with Senator Obama but after his hearty endorsement of Cheysuli that seems rather pointless.