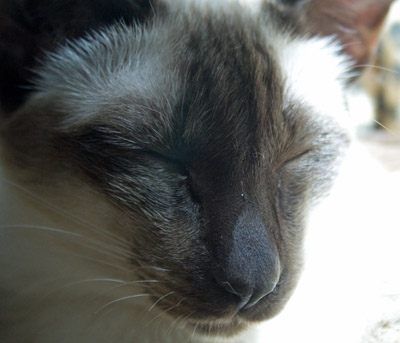 A reading campaign is Cheysuli’s latest presidential proposal to be ignored by the main stream press. Yesterday the candidate announced that reading would be a priority with her.

“It’s well known that people never read. They surf online and look at pictures. Who reads? No one.

“I propose to bring back reading. Everyone will be required to read a level that allows them to understand Memoirs of a Feline Empress.

“I realize that I am an offender. When running for president, I considered other positions but I knew that presidents had only to read My Pet Goat. I thought that would be enough. However, it’s not.

“Upon graduation every American must be able to read Memoirs of a Feline Empress in Exile. If they cannot, they will not graduate.”

Many are not thrilled with this policy. “I’m not sure I want my young children reading about what Kukka-Maria is up to. That name is not allowed in our house,” stated one concerned source.

“I hate the thought of actually reading online” said another. “I mean–that, like, takes THOUGHT.”

Others were impressed by Cheysuli’s impressive educational innovation program. “It’s the best thing to happen to me ever!” wrote one fan of the proposal.