Hide Search
You are here: Home / The Latest With Chey / Meezer rule Wednesday 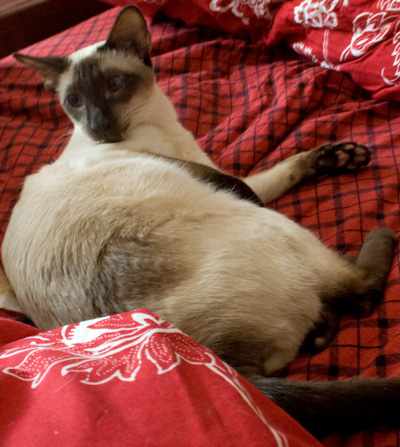 Late yesterday afternoon Critters for Total World Domination Candidate Cheysuli was giving a speech to a supporter when a blonde woman who barged in and began shooting at her. Cheysuli hit the deck and bodyguard Nubi Wan Kenobi fended off bullets with his light saber.

Ranger, Cheysuli’s other loyal bodyguard wrestled the woman to the ground and took her into custody.  Cheysuli was winged on her ear but there should be no lasting damage.  In fact, supporters said this could be good for her image giving her the look of having the clipped ear that most feral cats get.

Cheysuli was not the only candidate to be having a bad day. Hillary Clinton was released from jail upon what her advisers stated were trumped up charges.   Ms. Clinton was not carrying an unpermitted concealed weapon.  It was further NOT the weapon that shot at Candidate Cheysuli, despite being found at the scene and Mrs. Clinton being the woman wrestled to the ground by Cheysuli’s bodyguard company Rangeman Enterprises.

Meezer Rule Wednesday: When someone shoots at you and law fails, there’s always Tony (too bad I don’t really know him)