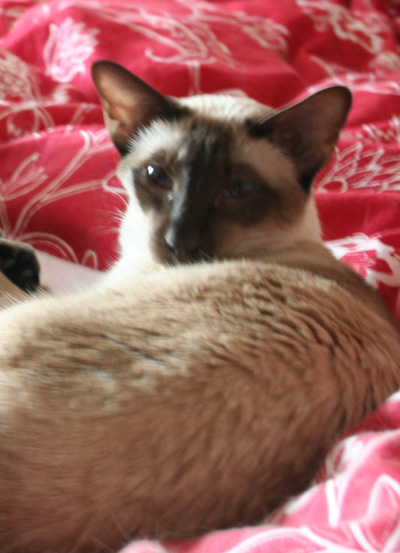 Meezer Rule Wednesday: While the other candidates duke it out, take a nap.

Candidate Cheysuli is still struggling for support in most states.Â  While she has a broad appeal, she can’t seem to manage to overcome the disadvantage of being a third party candidate.

While Obama took North Carolina and Clinton appears to have taken Indiana by a small margin, Cheysuli has won none of the states.Â  While she wins her party’s nomination, she is their only candidate.Â  However, Critters for Total World Domination voters are trending in the teens, which is not enough for them to put her over the top in the fall.

“We are certain that as the election goes on we can generate some more funding.Â  Pet food companies are scrambling to assist us in any way they can.Â  Big Catnip keeps the money trickling in,” stated one campaign insider.

“Really,” said one critic, “I think she takes too many naps to be a good leader.”

“Yes but at least she’ll be ready for that 3 AM phone call,” stated a Cheysuli surrogate.