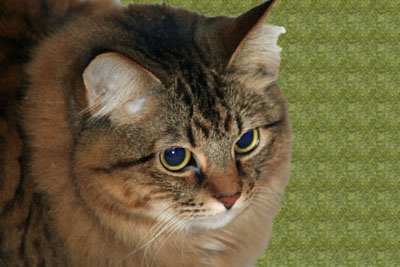 I had a furry busy weekend. I was interviewed about Cheysuli! The reporters were not so nice.

They asked: Do you think Cheysuli will be a good president?

I said: So long as she doesn’t chase me around.

They said: So you aren’t sure of capabilities as president?

I said: I think she would be good but she shouldn’t chase me around.

They said: You think she’ll be an awful president.

I said: No, I think she will be a good leader but she shouldn’t chase me around.

They said: Does she know that even the cat who lives with her thinks she will be a poor president?

I said: But I didn’t say that!

They said: This will make a great headline.

They said: Thank you for your time! It’s a great story!

I will not talk to reporters again. Now Cheysuli is mad at me for making her look bad!

PS. I am very upset about Storm. Please go purr for my friend, who is a nice meezer (not like Cheysuli)