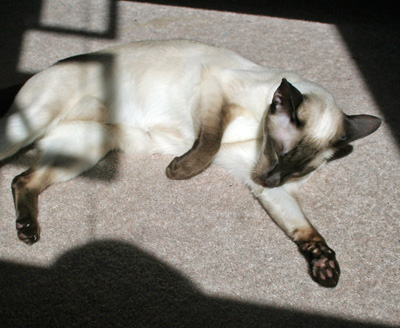 Meezer Rule for today: When people pick on you, it is always smart to take the high road.

Presidential Candidates Obama Bin Laden er… Senator Obama and Chey Hussein Suli decided to capitalize on their rock star like status with the public and somewhat lower popularity from the press by holding their own mini debate and round table discussion.

The mini debate was scheduled in response to rumor that the press adores the wonderful and joyous and soon to be the best president ever John McCain but not so much the other two losers. Such rumors were started when McCain was treated to his favorite donuts by the AP. Senator Obama was treated to questions involving a man who is no doubt his close relative, Obama Bin Laden. Candidate Chey Hussein Suli was not even invited.

Although the two losers have rock star like followings and needed a large place to hold the mini debates, the only secure place that could house the two on such short notice was the Cle Elum jail. The candidates graciously stated this was acceptable. No one was allowed in except for the candidates and their three closest advisers.

A 14 year old journalism student was allowed to video tape the debate for Utube, thus proving there was no bias against the two who discussed plans to end the war, bring healthcare to millions of uninsured Americans and why being unable to bowl was such a big deal.