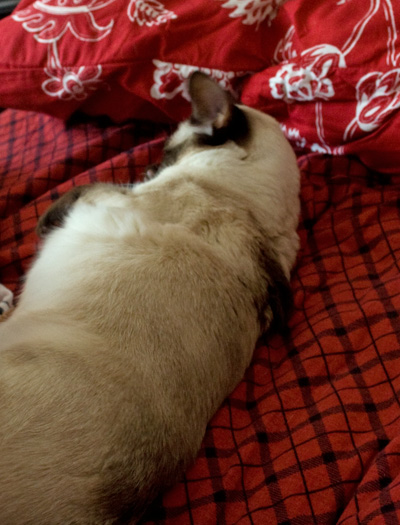 My Meezer Rule for today is never go hunting with Senator Clinton.

Presidential Candidate Cheysuli and Senator Clinton went hunting today. Cheysuli challenged the Senator on the hunting skills she professed to have in an speech last week. The candidates did not have time to find a wilderness so they walked through Marymoor Park in Redmond, Washington.

Cheysuli immediate chased three small dogs and caught two birds. Clinton had yet to fire a shot. However, when Cheysuli went leaping after a quail, the Senator fired, spraying Cheysuli with buckshot.

In a situation eerily parallel to that of Vice President Dick Cheney, police were unable to interview the Senator for 15 hours after the incident. Cheysuli was taken to a nearby hospital and she is in good condition.

Unlike Cheney’s hunting partner, Cheysuli was sprayed in the buttocks.Â  The quail was uninjured.