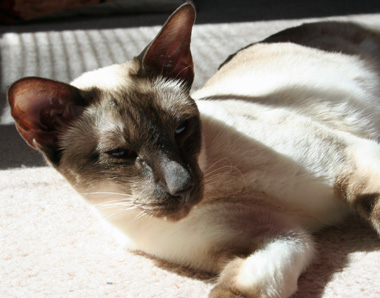 Overheard on the Ed Schultz Show by Big Eddie:

“You know me. I call them like I see them. I’ve been criticized for calling John McCain a warmonger. I can’t believe the backlash I got on that one, but I think I was on the right side of that issue.

“Now you have to understand, Cheysuli is a cat. Yes folks, a cat. And I’m a dog person. Cats are far too interested in getting their own way. They don’t care what you think. And I just think we’ve had that kind of president for far too long already.”

Remember it’s Feature Friday, so most intriguing commenter is the Sunday Guest Star