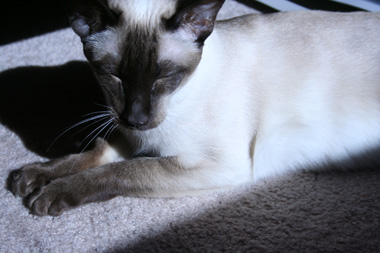 “Actually,” a source from the Cat Fancier’s Association, stated that Cheysuli was technically correct. “She was bred as kitten to be a show kitten. Upon breaking her tail at about two months, it was obvious she would never be a show cat. However, her breeder chose not to spay her but instead to breed her. Therefore, Cheysuli was raised to be a queen and nothing else. We see no particular exaggeration in her claims.”

Critics argue this is one in an ongoing series of questionable statements and associations by Cheysuli.