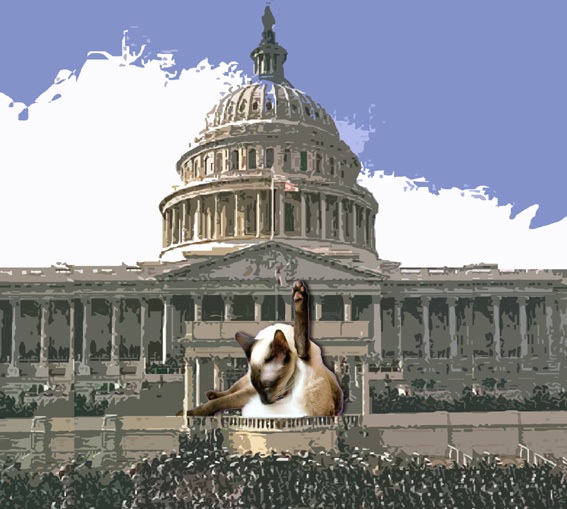 How Will Presidential Candidate Chey Hussein Suli take the presidential oath of office? It is well known that she follows Bast rather than Christianity. Will she refuse to take the oath of office on a Bible if elected or will she choose some other more pagan oath?

“I believe we swear on the Bible because it is something sacred,” stated the Presidential Candidate. “I believe the Bible is a sacred book. I just choose to follow Bast. This does not meant that I don’t believe that the Bible is sacred.”

Evangelicals are offended by the statements made by Cheysuli and call for Bast, her personal spiritual adviser to step down.

“Bast is not the sort of Christian advisor one ought to have,” stated one critic.

Cheysuli stated that she supports Bast as her spiritual adviser and Bast will not be stepping down. “I’d rather talk about the issues than the non issue of Bast,” came a statement from the Cheysuli campaign.

Special thanks to Zoolatry for her great artwork, no matter what the critic have done with it! :).