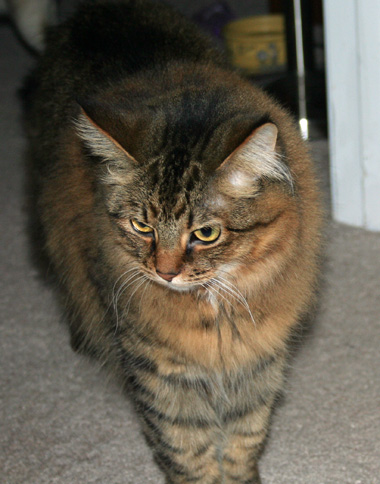 Well, Momma had a busy Monday. She got a letter from the Dept. of Revenue that she had not paid her BO Exercise tax for 2007 and it was now overdue. She called to find out why she hadn’t gotten anything in the mail but they did not have her on a reminder schedule. So she went to pay it online as it would be overdue if she paid it by mail.

Anyway her credit card had a problem processing so she had to call one number. Then they had trouble and had to call her credit card and then they said to call this other number so that she could try and pay again and that should be okay except that it wasn’t so she ended up having to pay three times. She hopes she does not get charged for three times on that because it did not go all the way through.

She paid on a different card. Anyway she was not pleased.

I napped through this. I thought that was a good idea. After all, one should nap when one can and there was a lot of waiting on the phone.Â  After all, if she didn’t have BO when she exercised she would not have to pay this would she?