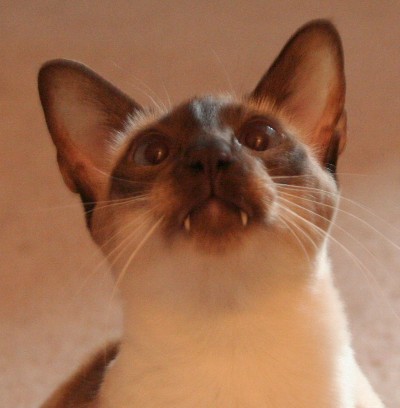 Evangelical Bast Worshippers turned out in ones to support Candidate Cheysuli at the Iowa Caucus. Although Cheysuli had no opponents in her newly created party of the Felines For Total World Domination, supporters were enthusiastic.

“It was a wild night with lots of feather toys,” stated one supporter.

Human supporters, who actually could cast ballots, as Iowa does not yet allow cats to vote (which could cause a problem in the general election), were towed in by their feline owners. “I think Cheysuli understands the pulse of the United States. She realizes that we all need change, REAL change. If anyone can bring us all together, Cheysuli can.”

The campaign was quiet, not generating the press or excitement of the huge democratic turnout. “I really need to conserve my energy for the general election,” state Cheysuli. “However, I am proud of my staunch supporters. I am pleased to have been able to count on my base of those who worship Bast. I view the uniting of the Independent feline lovers of the world as sign of hope. I am ready to unite the world under my paw! I look forward to being your leader!”

I shall be graciously accepting an award from a dear friend on Wednesday. Until then, I’m off to New Hampshire!