Hide Search
You are here: Home / The Latest With Chey / Feature Friday:I’ll Raise you A Poot 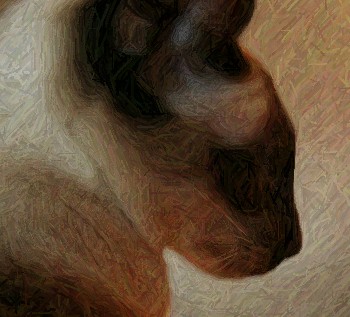 Hillary Clinton may have garnered support with her spontaneous show of tears, but Critters for Total World Domination Candidate Cheysuli has taken this spontaneity one step farther. After a sumptuous feast on the campaign trail, Cheysuli stepped out to talk. Right in the middle of the speech, during a pause as the applause died down, the listeners heard “fffffffffssssssstttttt” and then were exposed to a noxious smell.

“It was completely spontaneous. I mean we’ve all been there in that embarrassing moment. It made her human… er feline,” said one supporter.

“She couldn’t have planned it better,” stated one political pundit. “We’ve been begging candidates for authenticity and this is as authentic as it gets.”

“I have no doubt that the surge you have seen in her polling since yesterday is because of this. I mean it’s real.”

“Had I known,” stated Cheysuli, “I’d have had Fox news filming me in my litter box. See what they could make of that!”

“This is a tough one to top. Even Hillary Clinton’s tears weren’t this real,” said an unnamed source.

“Yeah, I’m sure in general it should help her campaign, but you weren’t in the room,” responded another (former) supporter.

Remember, it’s Feature Friday! Most intriguing comment becomes my Sunday Guest Star. I think I might have given you all something to discuss… hmm?