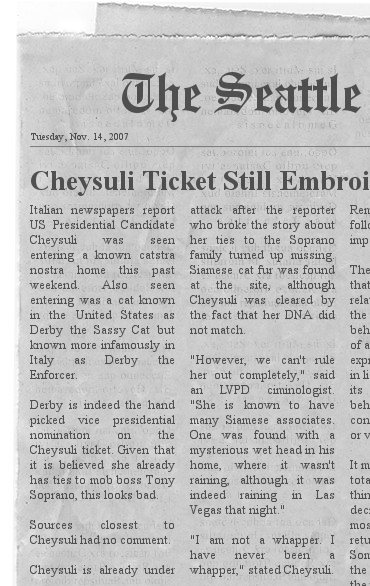 I should have known that ham gifts should not be accepted. Now look what’s happened!

I realize they are looking hard at several of my friends. It’s terrible. I think that any of you who were implicated should go into hiding… umm that would be any meeze, the Pooses for Peace and Bendrix. I realize Bendrix is not a meezer but he was seen eating ham on the day in question…

I just do not know what I am going to do about this. Now they have gone after my running mate, Derby the Sassy Cat, saying he is known as Derby the Enforcer! Can you imagine?!

I think I need some ham!